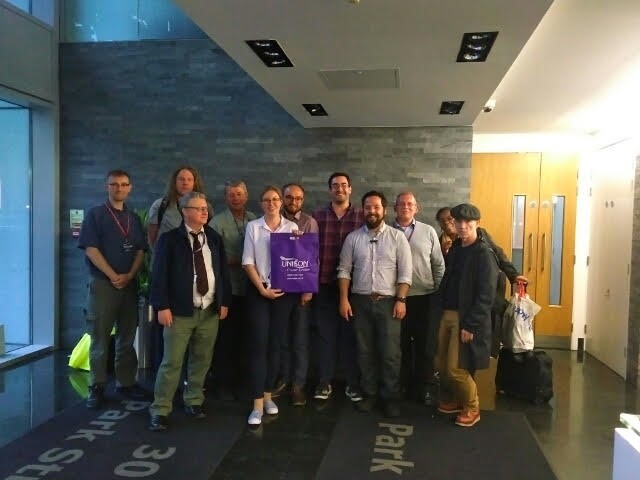 Executive Committee Members at the first meeting on 29th May 2019.

I am employed by Clarion Housing Group as a Housing Team Leader. I am also an elected member of the UNISON National Executive Council (NEC) for our Community Service Group (the 80,000 members of UNISON who work for Housing Associations and Voluntary sector) and an elected Regional Council Officer for London UNISON.

I am currently on an unpaid leave of absence from my employer as the Deputy Mayor and Cabinet Housing Lead for the London Borough of Newham.

I enjoy cycling, jogging (very slowly) and walking in the countryside.

I have been involved in UNISON as a stewart and joint work place convener for over 5 years.

I have a big interest in equality, diversity and inclusion, especially inclusion of women in key decision making. Furthermore, I am an advocate for young members.

At present, I am chair of multi-faith networking group as well as first chair of equality, diversity and inclusion in my work place. I am encouraging more people from the Black community to come and be part of the Branch Executive Committee.

I have been in unions for most of my working life, and have worked in the housing sector now for just over two years. I took over as Branch Treasurer in April 2019, but work in a finance-related role and feel like I have settled in pretty quickly.

As well as being Branch Treasurer, I am a qualified steward and Health and Safety representative, as well as convenor for Notting Hill Genesis. I am driven to fight for equality in the workplace and believe that trade unionism is the best way to do that.

When I’m not working or volunteering for the union, I enjoy reading history, walking, cinema, live music – and making jam.

I started working in a housing sector over 5 years ago and I joined UNISON shortly after. It was only recently when I decided to have more active role and in April 2019 I became Branch Communications Officer. I have background in media and communications, and so far I have been enjoying the role.

I am a big fan of art and music. I enjoy watching films on a silver screen as well as reading a good book.

My first involvement with the Branch was in 2014 when I was made a large shop representative for Family Mosaic at the Branch AGM. A year later I became a qualified UNISON steward. I was recently transferred from Peabody to work in a floating support service at Riverside as a Community Navigator.

I have been involved as ordinary Regional LGBT Committee member and have been co-chair for the last 3 years. National LGBT Conference in Blackpool in 2014 was my first Unison conference and I have been attending each year since, including 2019 which takes place on 15 November and in Bournemouth.

In the last 3 years I have had the privilege of representing National LGBT members at our sectors Community conference where I have moved motions on encouraging involvement from LGBT+ members in Community campaigns.  I have been actively involved in organising London Pride contingent from Greater London Region and three of their Training and Organising days.  I have been Equalities LGBT Officer for the branch for the last 4 years.  More recently I have been taking an active part in helping to renew the branch’s policies and structure to ensure the ongoing sustainability of our branch and maintain its ability to continue supporting Unison members working in the Housing Sector.

I am currently on the Management Committee of HouseProud a network of LGBT+ workplace Networks and self-identifying LGBT + individuals and allies that put on informative and inspiring events with speaker from our members across the finance, planning, construction, legal and management industries of Social Housing sector. We often collaborate with Unify, the local Black, Asian, Minority Ethnic  (BAME) network group for professionals in housing and Planning Out which has members specifically in the architecture business.

A lot of our member employers have LGBT+ staff networks and it would be great as LGBT+ Officer to be able to link up with them. Which is why I would like to set up our own Branch Self-Organised Group (SOG) for LGBT+ members that hope to set up soon so that we can contribute to National LGBT+ conference. A number of Local Government branches such as Lambeth and Camden have such groups, contribute motions to conference and support local LGBT+ events as well as send delegates to the GLR LGBT+ SOG where we also support London Pride and increasingly more of the localised London Pride events . I need help to do this so get in touch if you would like help us make this happen or if you’re interested in attending a HouseProud network event.

I have been a shop steward now for over 10 years, first in East Thames Housing Association and currently as part of London and Quadrant Housing Group. I have been a member of the Branch Executive since 2013 and was until recently Branch Chair. I am currently Education Officer.

I have a big interest in history,  especially of the East End of London where I live, and I am an active member two historical societies. My other interests or travel and trying to get through my considerable book collection. 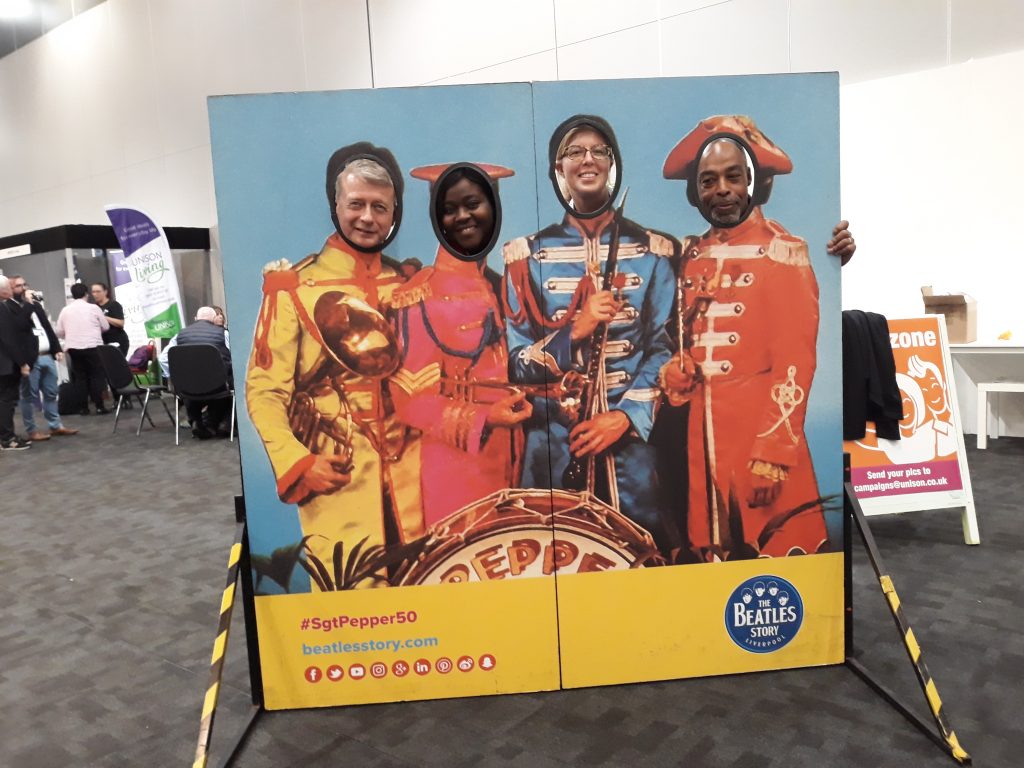